Alongside the climate crisis and the loss of biodiversity, toxic pollution is causing the triple planetary emergency that our society faces today, says the United Nations. And according to a recent study, the safe planetary boundaries for pollutants have already been exceeded. We need to act now — but sticking with the traditional banning strategy will not help us win the battle. 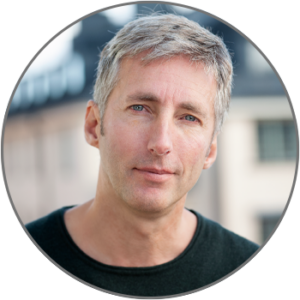 Some of the worst chemicals available are Persistent Organic Pollutants, POPs, substances that are used by many different industries, from agriculture to the manufacturing of plastics and also IT products. POPs are known to spread across the globe through soil, water, and air. Their ability to travel far is well-documented — these substances have been found in the Arctic and in Antarctica, far from where they were used. POPs are persistent and accumulate in living organisms including humans. They cause a wide variety of health issues such as cancers, birth defects, and dysfunctional reproductive systems.

To help tackle the POPs, the UN adopted the Stockholm Convention on Persistent Organic Pollutants in May 2001 which came into force three years later. On January 24-28 this year, the review committee for the Stockholm Convention met for the 17th time to discuss risk evaluations and management of certain prioritized substances. Over 250 experts took part in the meeting which agreed on recommending the elimination of the toxic chemical methoxychlor (which was introduced to replace DDT) and taking steps towards eliminating the plastic additive UV-328 and the flame retardant Dechlorane Plus.

These are very important steps forward. When it comes to chemical safety, we all need to work together and the Stockholm Convention plays a role in this. However, the problem with restriction or reduction (with the goal to eliminate) enforced by legislation or global treaties such as the Stockholm Convention, is that the process of adding chemicals to these lists is slow.